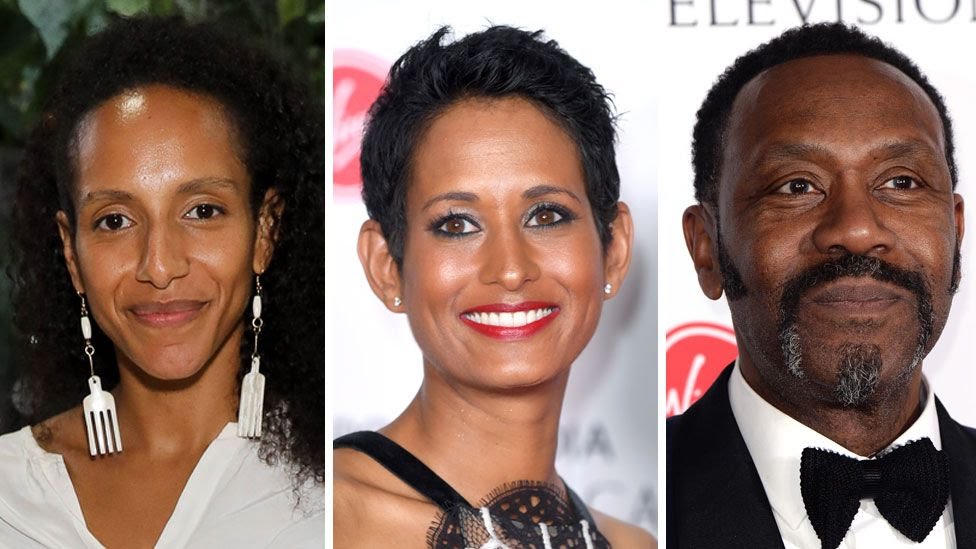 Dozens of black actors and broadcasters have called on the BBC to overturn its decision to uphold a complaint against Breakfast host Naga Munchetty.

The BBC said she broke rules while discussing remarks by Donald Trump that she said were "embedded in racism".

Sir Lenny Henry and Gina Yashere are among 44 stars who asked the BBC to revisit the ruling in an open letter .

The BBC said the letter was "based on a misunderstanding of the editorial guidelines and how they apply".

Munchetty was found to have breached guidelines by criticising the US president's motives after he had said four female politicians should "go back" to "places from which they came".

David Jordan, the BBC's head of editorial standards, said Munchetty was not found in breach for "calling out racist comments, which is perfectly acceptable where things are clearly framed in racist language". She is not facing any disciplinary action or reprimand.

But writer Afua Hirsch, who helped organise the letter, told BBC Radio 4 the decision would have "a chilling effect on other broadcasters of colour".

What does the letter say?

The letter demands that the BBC "revisits and takes seriously overturning its decision". The signatories include actors Adrian Lester and David Harewood, Sky journalist Gillian Joseph and film-maker Asif Kapadia.

They called for BBC management to "issue their support for journalists and acknowledge there can be no expectation of 'impartiality' over expressions and experiences of racism".

They also want the bodies that oversee complaints about broadcasting, including the BBC's Editorial Complaints Unit [ECU] and Ofcom, to "address their own levels of diversity and increase transparency as to how they reach their decisions".

Hirsch said she was "shocked and horrified" by the BBC's ruling, telling BBC Two's Victoria Derbyshire programme: "It's ludicrous to say it's fine for a presenter to express her own experience of racism but she shouldn't cast judgment on the person being racist."

She also told the Today programme: "As a matter of principle, it [the BBC decision] suggests that the racist views she was commenting on are opinions that should be treated impartially, and that really legitimises racism and suggests it's something we should debate.

"That's clearly wrong and it's widely accepted that racism is not a legitimate opinion, so I think the BBC has got confused by treating it that way."

She added that the decision was "abhorrent", and that it had "a highly disproportionate and unacceptable impact on people of colour in broadcasting, because it distributes the labour of having to challenge racism unequally".

How did the BBC respond?

"We've seen the letter, but believe it is based on a misunderstanding of the editorial guidelines and how they apply," a statement said.

It said the ECU's ruling was "clear that Naga Munchetty was perfectly entitled to give a personal response to the phrase 'go back to your own country'."

It continued: "However, our editorial guidelines do not allow for journalists to then give their opinions about the individual making the remarks or their motives for doing so - in this case President Trump - and it was for this reason that the complaint was partially upheld. Those judgments are for the audience to make."

Jordan said the problem arose after Munchetty had given her personal response to President Trump's "clearly racist" comment. It became an issue "when she went on further to discuss President Trump himself, what his motivations were for that, and that breached our impartiality requirements".

The BBC did not take action against Walker because he was not the subject of any complaints. "I'm afraid the ECU can only deal with the complaints that it receives," Mr Jordan said.

What did Naga Munchetty say in the first place? 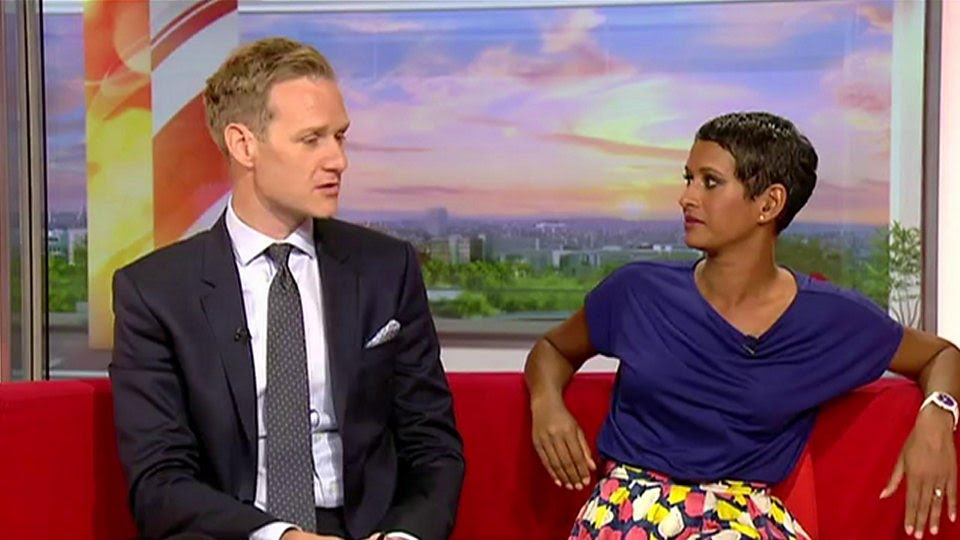 Munchetty and BBC Breakfast co-presenter Dan Walker had the exchange after an interview with a supporter of Mr Trump on 17 July.

Walker: It's the president. That was the most telling quote for me last night. I can't remember who said it, but she said, 'I've been told to go home many times to go back to where I've come from many times in my life, but never by the man sitting in the Oval Office'.

Munchetty: Every time I have been told, as a woman of colour, to go back to where I came from, that was embedded in racism. Now I'm not accusing anyone of anything here but you know what certain phrases mean.

Walker: Do you hear that quite regularly?

Munchetty: Yes. Not regularly, but I've been told it.

Walker: You're sitting here not giving an opinion, but how do you feel as someone when you've been told that before, and when you hear that from him?

Munchetty: Furious. Absolutely furious. And I imagine a lot of people in this country will be feeling absolutely furious that a man in that position feels it's OK to skirt the lines with using language like that.

Walker: Do you feel his use of that then legitimises other people to use this…

Walker: As our guest was saying there, it feels like a thought-out strategy to strengthen his position.

Munchetty: And it is not enough to do it just to get attention. He's in a responsible position. Anyway I'm not here to give my opinion.

What do the BBC editorial guidelines say?

The guidelines say presenters can have a "significant effect" on whether the corporation is seen as impartial. Mr Jordan said Munchetty fell foul of the following part of the impartiality section of the guidelines :

"Our audiences should not be able to tell from BBC output the personal opinions of our journalists or news and current affairs presenters on matters of public policy, political or industrial controversy, or on 'controversial subjects' in any other area.

"They may provide professional judgements, rooted in evidence, but may not express personal views on such matters publicly, including in any BBC-branded output or on personal blogs and social media."

Meanwhile, Ofcom said it would assess whether to investigate Munchetty's remarks against its broadcasting code. The media regulator said it had received two complaints, with Labour MP Chi Onwurah posting her letter to Ofcom on Twitter .

The Afro-Peruvian Women Leading the Black Movement in South America

These 4 Female Musicians Are Transforming The Conservative Culture In Nigeria

First Black-Owned Cooking Network Launched By Chefs, and Cooks From Around The World