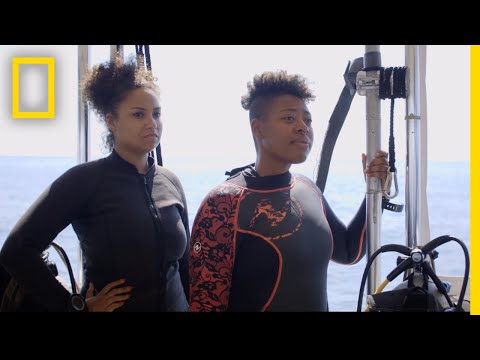 Through Fearless Fund, Founding Partners Arian Simone and Keshia Knight Pulliam are highlighting how diversity significantly impacts a company’s performance and potential to provide investor returns. In fact, a 2018 report released by Boston Consulting Group found that for every dollar of funding a startup in their study received, female-run startups generated an average of 78 cents in revenue while male-run startups generated 31 cents. Despite a greater potential to produce

Paule Marshall, an exuberant and sharpened storyteller who in fiction such as "Daughters" and "Brown Girl, Brownstones" drew upon classic and vernacular literature and her mother's kitchen conversations to narrate the divides between blacks and whites, men and women and modern and traditional cultures, has died at age 90. Marshall's son, Evan K. Marshall, told The Associated Press that she died Monday in Richmond, Virginia. She had been suffering from dementia in recent years

Why African Brands Are On The Global Forefront Of Sustainability

Sustainable fashion has become an eminently debated topic worldwide. Young consumers are the new advocates for this important movement that is bringing awareness to a more eco-friendly planet. Clothing companies are transforming their business models and improving their supply chain to reduce impact of environmental detriment, while developing a system towards greater ecological integrity and social justice. Africa’s fashion industry, with its current growth and thrive, still

Crystal Roman Is Writing Afro-Latinas Into the Entertainment Industry

Though it’s a slight uptick, you’ll now find more Afro-Latinx representation on television and streaming service shows, in magazines and movies, and, of course, across social media timelines. Yes, The Fresh Prince of Bel-Air’s Tatyana Ali, who is of Afro-Panamanian-Indo-Trinidadian descent; Clueless actress Stacey Dash, born to an African-American father and Mexican-American mother; and Dominican-American Merlin Santana of The Cosby Show and The Steve Harvey Show were a part

NY Caribbean Carnival Celebrations Are On Their Way

Disney Casts Shaggy as Sebastian in ‘The Little Mermaid Live!’

KINGSTON, Jamaica – Jamaican entertainer Shaggy has been cast in Disney/ABC’s Live production of the classic animated movie, The Little Mermaid. The production, titled ‘The Wonderful World of Disney presents The Little Mermaid Live’ will air on November 5 when the cartoon celebrates its 30th anniversary. The production will feature a mix of live-action, animation, puppetry and of course, music. Shaggy will voice the character of Sebastian the crab, and will also perform one o

Actress Kerry Washington – “I am so proud to be Jamaican…I bow down to my lineage, to my heritage, t

“I am so proud to be Jamaican…I bow down to my lineage, to my heritage, to my history and to my belonging.” So said Emmy and Golden Globe nominated actress Kerry Washington who was recently honored with an ‘Artistic Achievement Award’ at Jamaica’s 57th Independence Black Tie Gala, held at the Hilton Westchester Hotel in Rye, New York. In an emotional letter read by her Jamaican born mother, Dr Valerie Washington, the actress who received international recognition for her role

MICHELENE AUGUSTE, IMG (International Management Group) model and now entrepreneur, recently threw open the doors of her Dem Golden Heritage Vintage Boutique in New York City and is excited about making her a name for herself in the fashion industry through her new venture. Auguste is the daughter of Gabrielle Ahye who was a top TT model and flight attendant, and television engineer Grantley Auguste. She is also the granddaughter of late dancer and teacher, Iya L’Orisha Molly

Festivals, inclusive of carnivals, are a defining feature of the Caribbean entertainment and cultural landscape. Be it music, food, arts, film or fashion, there is a Caribbean festival for everyone. In Barbados, for instance, we just concluded our Crop Over Festival – a three-month long summer festival with a variety of music competitions and other cultural offerings which culminate with street revelers bedecked in colorful costumes dancing to Soca music on what we call Grand
1
2

10 Domestic Black-Owned Hotels and Resorts to Visit This Spring

Black Women in Wine Shine Despite the Odds Against Them

For a taste of the Caribbean just go to Brooklyn